However, compared to the three-row model, such as Ford Flex or Chevrolet Traverse, they are neither spacious nor quite refined inside. Despite this, the luxury that comes with these models is loved by most highlander owners.

The interior of this model is good enough to adorn some of the recent Lexus crossovers. Its leather car seats are nice to touch, and the dashboard is both fresh and functional. Although its exterior is quite conservative as it does not mesmerize many, there is nothing wrong with this model.

Despite looking quite ordinary on the outside, the Highlander rear hatch has a unique feature that is quite rare in other models. This is actually a separate opening rear glass.

As mentioned earlier, this model has a functional and family-friendly interior. Thus, it can be configured for either 6 or 7 people. You can access its third-row from the passenger side by sliding the middle-row seats forward. Apart from this, there is a ton of cup holders and ample cargo space for smaller items.

When it comes to power, the 2013 Toyota Highlander comes with a 3.5 V6 engine. This engine can make 270 horsepower and 248 lb-ft of torque. Apart from this, the engine is hooked up to a 5-speed automatic transmission. At first, this might appear old-fashioned, but in the current world of 8 and 9 speeds, this transmission is good at what it does.

Here, it can shift quickly and matches well to the V6 model. As well, it is known to directly compete with the likes of Honda pilot,

With all these mesmerizing features, it is natural to assume that the 2013 Toyota Highlander has no problems. But, even if the Highlander’s overall reception is consistently positive, the model has a few problems to watch out for. These include:

Ideally, any car should have an efficient air conditioning system that allows you to enjoy fresh air whenever you are driving. Also, this system should enable you warm or cool your car any time you please. However, highlander users complained about musty A/C smell or microbes.

Chances are, mold is growing on the evaporator surface. This can hinder you from getting fresh air anytime that you are driving this model. If you have to use the air conditioner, you have to roll the windows down to avert this situation in the long run.

Besides the air conditioning issue, most customers have complained about experiencing engine problems, which often resulted in complete engine failure. However, engine failure can be linked to many other factors.

Stripped engine bolt threads cause a majority of engine failure problems. The good news is that this engine problem can be mitigated by replacing the engine bolts. However, there are scenarios where you have to replace the entire engine. The average cost for this undertaking is $3200.

The other area of concern with this model is due to the ruptured oil lines. This problem is prevalent with Toyota vehicles, and a replacement part was once issued by this company. However, this problem keeps on recurring across all engine sizes for model years 2005 to 2013. The bad news here is that the aftermath can lead to catastrophic failure if the issue is not solved in good time.

Sometimes, the engine of the Toyota Highlander can lack oil and thereby fail to function at all. However, if you replace the oil line and clean the affected parts, you are good to go. If the oil line gets ruptured, you will see a check engine light on your dashboard.

When this light comes, you should take your vehicle to be checked immediately to avoid future problems. Some regular maintenance can also go a long way in mitigating this problem.

There are instances when the second-row left-hand seat might fail to lock in place when you position it in the forward front or in the second adjusting position. Such a happening can increase the risk of injury to the occupant in the event of a crash. Such common Toyota safety issues should not be taken lightly. Ideally, the passenger seat should lock into the seat track to enhance vehicle safety.

Conclusion on the 2013 Toyota Highlander

Besides being a comfortable vehicle to drive, this SUV is one of the most reliable SUVs you can invest in today. With plenty of passenger room, you can carry more cargo and passengers in it. It has a roomy interior compared to the Subaru outback.

To crown it all, it is a luxurious vehicle. However, this model comes with the problems mentioned above. You should know these problems so that you can make the right choice for a SUV. To prevent some of these problems, ensure your 2013 Toyota Engine Control Module (ECM) is functioning properly.

Is the 2013 Toyota Highlander a good car?

Yes. The model is a good car. Most users like it because it is a family-friendly car. Here, you will enjoy more space, mainly in its first two rows, sufficient cargo area at the back, and has a high safety rating. However, the model does not perform well when it comes to turns and has a frail 4-cylinder base engine.

What problems do Toyota Highlanders have?

Some of these problems include the power tailgate and air conditioning system. Apart from this, the model has had engine oil leaks, and clunking noise is usually heard when you are turning the sterling wheel.

What is the best year for Toyota Highlander?

The best choice is probably the 2008-2013 version. With this generation, you will enjoy more interior space, more features, and a powerful engine. Also, these models are safe and have better crash test scores.

What is my 2013 Toyota Highlander worth? 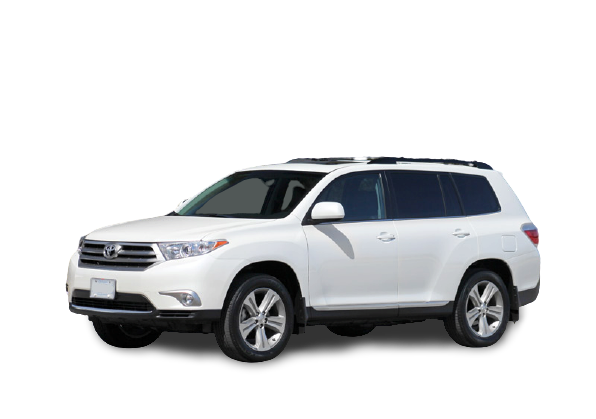 How Much Does a Powertrain Control Module cost

Symptoms of a Bad or Failing Powertrain Control Module